Odd Words in the English Language 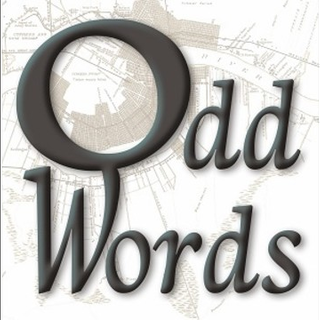 As languages go, English is arguably one of the strangest out there with its confusing idioms, bizarre words and contradictory rules. If you are learning English online then it can be quite hard to understand a lot of the more unusual words. From Shakespeare’s inventions to the blend of influences from other languages, English has developed a reputation for having something of a unique vocabulary compared to other languages in the world. These are some of the oddest words you’re likely to come across in the dictionary.

If you’re someone who has a habit of grinding their teeth without noticing, often when you’re asleep, then there’s a word for that – bruxism! This is the technical term for teeth grinding and jaw clenching and was first coined in 1931.

The small rounds of paper produced by punching a hole, such as for putting documents into a ring binder, are called chads.

Those who play a lot of music may be familiar with this part of a wind instrument, but many won’t know what it’s called. The mouthpiece of a recorder or a similar instrument is actually called a fipple.

This word has been in existence since the early 1800s and is believed to have come either from Scottish dialect or Celtic Irish. The noun kerfuffle means to make a fuss or have a disagreement over something – if two speakers have different points of view and are making a bit of a noise about it, then they’ll be said to be making a kerfuffle.

If you eat something that’s overwhelmingly sweet, it can be described as cloying. For example, if you put too much sugar into a dessert, the result will be cloying to anyone who eats it.

This fantastic adjective was first used in the Middle Ages and comes from two words– woe, which means sad, and begone, which means surrounded by something. Together, they describe someone who looks miserable.

If you’re confusing someone you’re speaking to, they’ll wind up flummoxed. This word came into the English language in the 19th century and was formed from different dialects in the UK.