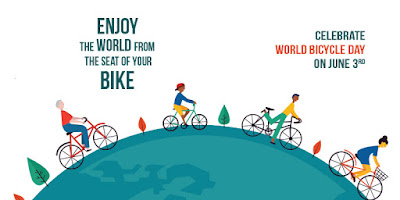 Research of the University of Southern Denmark reveals that cycling can help to reduce the risk of Type 2 diabetes. Researchers found that those who cycled regularly were less likely to develop type 2 diabetes, even those who took up regular cycling at a later age still benefited themselves from a 20% lower risk of acquiring type 2 diabetes than non-cyclists.

UK researchers who compared the daily modes of transport of nearly 150,000 participants found that cycling was one of the most effective forms of exercise for keeping trim and losing weight. Those who cycled to work had lower BMIs and body fat than those who walked.

The research by the University of California, found that male cyclists’ sexual and urinary health was no worse than swimmers’ or runners’, although adjusting the handlebar height to be higher or even with the saddle reduced the chance of genital numbness and saddle sores. Researchers from UC San Francisco also found that high-intensity cyclists may benefit from improved sexual function.

“Riding bicycles will not only benefit the individual but the world at large.” Emeritus Professor of Environmental Policy, Berlin

“No comparison of the simple pleasure of a bike ride.”
John F. Kennedy

“When you are riding hard on a mountain bike, sometimes you fall; otherwise you’re not riding hard.”
Former US president George Bush

“The bicycle is the most civilized conveyance. Other forms of transport grow daily more nightmarish. Only the bicycle remains pure in heart.”
Iris Murdoch, ‘The Red and the Green’

A bicycle is an industrial revolution in an individual’s life.”
F. K. Day, founder and president, World Bicycle Relief, 2012

“We are not blocking traffic, we are traffic.”
Cycle advocacy slogans