– квітня 23, 2020
In honour of 📚World Book Day📚, which is being celebrated today in the world, we thought we’d delve into the interesting stories and trivia hiding behind some of the most popular and successful books ever written.
So, here goes…
The first official World Book Day was celebrated on 23 April 1995. This is partly because Miguel de Cervantes and William Shakespeare both died on this date, 23 April 1616 (although, in point of fact, Cervantes had died the day before). William Wordsworth would also die on 23 April, 1850 – St. George’s Day. Indeed, a truly international World Book Day is still celebrated on 23 April every year.

The biggest-selling book written in English is Charles Dickens’s A Tale of Two Cities.Dickens’s 1859 novel about the French Revolution (the ‘two cities’ of the title are London and Paris) is in many ways his most untypical book: of the fifteen novels he wrote (including the unfinished The Mystery of Edwin Drood), it is arguably the least comic (with Hard Times not far ahead of it for laughs). Since no small part of Dickens’s perennial popularity is surely his genius for comedy, along with his portrayals of Victorian London, it seems odd that this novel – which is largely set in Paris – should be his most popular. But it is, in terms of sales: an estimated 200 million copies have been sold over the last 150-odd years, making it the bestselling book in the English language. 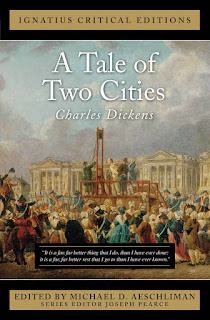 The Harry Potter book series is the biggest selling series of novels ever published. J. K. Rowling’s seven novels about the boy wizard have sold around 450 million copies collectively, and have helped to popularise the word ‘muggle’ … although the word ‘muggle’ dates back, with various meanings, to the thirteenth century. (It originally meant ‘a tail resembling that of a fish’.) 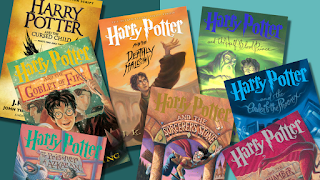 The second and third bestselling books in English are both by J. R. R. Tolkien. Yes, The Lord and the Rings and The Hobbit are, respectively, the second and third biggest-selling books written originally in the English language, making Tolkien’s combined sales from these two books (if you follow Tolkien’s lead and see The Lord of the Rings as a single novel, rather than a trilogy) an estimated 250 million. Not bad, considering that The Hobbit started life one day when Tolkien was bored marking university exam papers at Oxford… 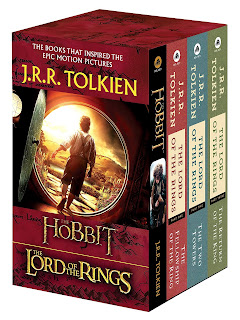 There are numerous bestselling novels which are longer than War and Peace. Although War and Peace is famous principally for being such a long novel, there are many classics which surpass it for their sheer word count. Vikram Seth’s A Suitable Boy, Samuel Richardson’s Clarissa, and Marcel Proust’s In Search of Lost Time/Remembrance of Things Past are among the most famous novels which out-War and Peace War and Peace. But Tolstoy produced the definitive ‘long novel’. His original title for the novel was All’s Well That Ends Well (same as the Shakespeare play). Woody Allen once said: ‘I just speed-read War and Peace. It’s about some Russians.’
Eric Carle’s The Very Hungry Caterpillar has sold around 30 million copies. This classic children’s book was originally called ‘A Week with Willi Worm’, with the main protagonist being a bookworm.