Beauty is in the eye of the beholder, but it’s hard to question all that makes Colorado’s landscape so magnificent. The high plains of the east. The adventurous canyons of the west. And the majestic Rocky Mountains right in between.

Colorado has a knack for blending outdoor adventure with urban sophistication. Where else can you hike up a 14,000-foot mountain in the morning, and then catch a Broadway-style play later that evening?


Trip Idea in Colorado:
Great Sand Dunes
Go sandboarding down giant sand dunes
The Rocky Mountain State is famous for its alpine peaks, tumbling rivers, forested hillsides and snowy winter vistas. What you don’t expect to find here, a thousand miles from the ocean, are sand dunes. But in the south-central part of the state, there they are, up to 750 feet high, the tallest in North America. The shifting light paints them in different hues: gold, pink, tan, even blue.

Over 30 square miles of dunes have been shaped by the prevailing westerly winds streaming through the San Luis Valley. The 13,000-foot-high Sangre de Cristo Mountains act like a giant baseball catcher’s glove, collecting sand deposited by creeks flowing out of the San Juan Mountains over the millennia. The recently established Great Sand Dunes National Preserve includes some of the highest peaks in the Rockies, alpine lakes, forests, wetlands and tundra, in addition to the dazzling dunes. 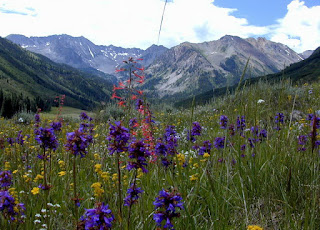 In other desert parks in the West you have to worry about leaving tracks, but not here: the wind will erase them within a day, sometimes within hours. There aren’t any trails on the dunes themselves, so you’re free to play Lawrence of Arabia for an afternoon or longer. It’s not always that easy hiking—but the views from the tops of the highest dunes are worth it. (Stick to the ridges for easier going.) Foot and horse trails in the mountainous preserve climb to Medano Lake at 11,500 feet, as well as 11,380-foot Music Pass, with great views of Music Mountain (13,355 feet) and Tijeras Peak (13,604 feet). Keep hiking northwest from the pass to reach Upper and Lower Sand Creek Lakes in a magnificent alpine setting.
Of course, this is Colorado, so it was only a matter of time before someone tried to ski the dunes. Sandboarding, as this Sahara-meets-Steamboat pastime is called, is usually done on old snowboards and ‘saucers’ on these lengthy slopes. It’s an odd sight to see cars pull into the parking lot here with skis attached to the roof.
Read more: http://www.discoveramerica.com/usa/states/colorado.aspx
Новіша публікація Старіша публікація Головна сторінка