– червня 01, 2012
Alabama is a rich destination for nature lovers, golf enthusiasts and history buffs alike. You can relax on breathtaking beaches along the Gulf of Mexico or trace Martin Luther King Jr.'s steps during the Civil Rights movement of the 1960s. The Robert Trent Jones Golf Trail offers unique public golf courses on 10 sites around the state, and music lovers can celebrate legends like W.C. Handy, Hank Williams and Jimmy Buffett at the Alabama Music Hall of Fame. 'Sweet Home Alabama' is truly a magical place to explore.

Trip Idea in Alabama: See where history was made
Alabama was at the violent forefront of the nation’s civil rights movement in the late 1950s and ’60s. Tourists today make pilgrimages to places such as Montgomery, Selma and Birmingham, where bombings, riots and peaceful protests galvanised the nation—and profoundly changed the world.

Begin your journey in the state capital of Montgomery, where the Rosa Parks Library and Museum recounts the courageous act of defiance by the Montgomery seamstress who, in 1955, refused to give up her seat on the city bus to a white man. Exhibits and interactive displays narrate her arrest and the watershed Montgomery Bus Boycott the following year that lasted for 381 days, eventually leading to the ban of segregation on all public transportation and intrastate buses. Outside the Civil Rights Memorial Center, also downtown, water flows over a black granite time line, which lists the names of those who were killed during the movement, ending with the date of April 4, 1968—the day Martin Luther King Jr. was shot and killed in Memphis. 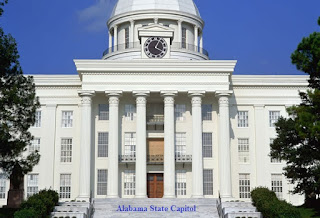 Selma, on the banks of the Alabama River about an hour’s drive west of Montgomery, was the site of one of the movement’s watershed moments. Here on the Edmund Pettus Bridge, on March 7, 1965, some 500 demonstrators marching to the state capital in Montgomery were beaten with clubs by state troopers and the sheriff’s posse. Television news footage sparked rioting in dozens of U.S. cities and motivated others to join the cause. Two weeks later, thousands of supporters returned to the scene for the triumphant 54-mile, five-day trek from Selma to Montgomery. Later that year, President Lyndon Johnson signed the 1965 Voting Rights Act, outlawing the literacy tests and poll taxes that denied some blacks the vote.

A single downtown intersection in Birmingham, Alabama’s largest city, is home to the city’s most important civil rights sites. The Birmingham Civil Rights Institute features emotionally charged displays, exhibits and interactive media stations, relating to the human struggle—in the South and internationally—for freedom. Across the street, Sixteenth Street Baptist Church provides a chilling look back at the 1963 Ku Klux Klan bombing that killed four girls preparing for a Sunday School programme. Visitors may tour the sanctuary, watch a documentary film about the event and walk through the basement of the fellowship hall that serves as a memorial. Across the street lies Kelly Ingram Park, which was a protest assembly point and the scene of vicious attacks during the first week of May 1963, when police unleashed guard dogs and water hoses on men, women and even children who were protesting segregation. Statues, plaques and an audio tour (available at the Civil Rights Institute) honour the demonstrators’ bravery.